Day of Remembrance For Truth And Justice 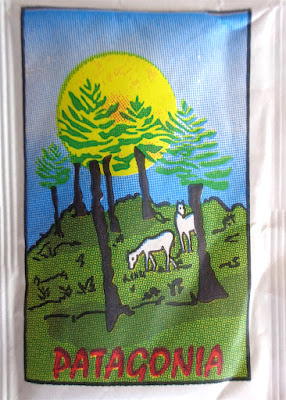 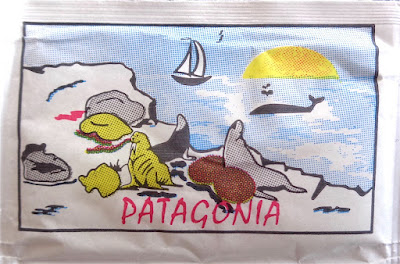 I found these wonderful sugar packets in Patagonia - though I'm not sure if these are guanacos, or lambs.  The seals (or sea lions?  or elephant seals?) are great though.

I have to admit I'm sorry they didn't have any penguins on the sugar. 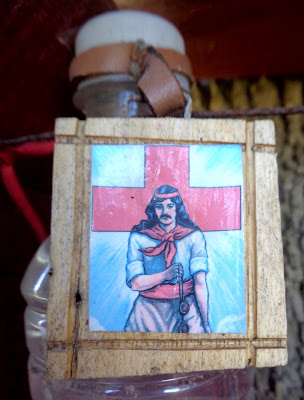 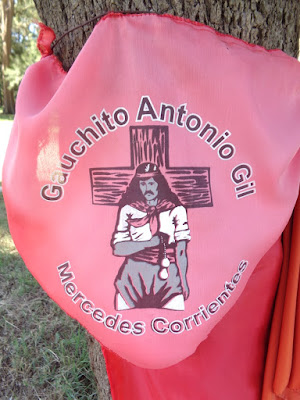 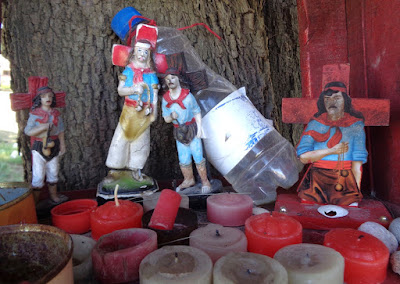 We stopped at this little shop in the middle of somewhere, and I noticed one of the 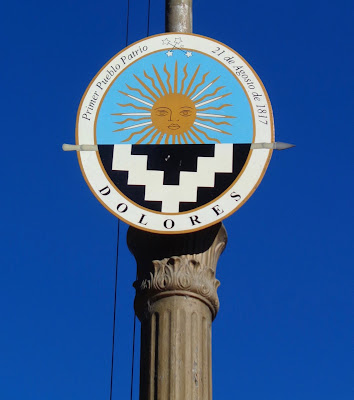 red shrines to Gauchito Antonia Gil.  So I went over to see what was inside.

It was wonderful!  Full of little ceramic statues of Gil, with a few wooden figures, a picture attached to a water bottle, tons of candles, and who 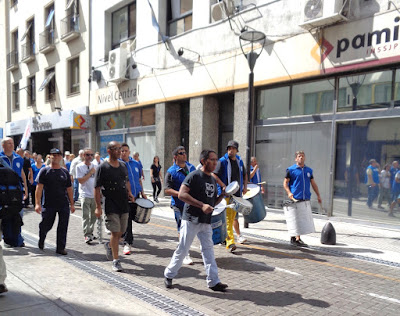 knows what else.  Plus a bandana along with the red flags.

So what could I do, I left a cough drop (only thing I had on me), and asked for a safe trip home.  When 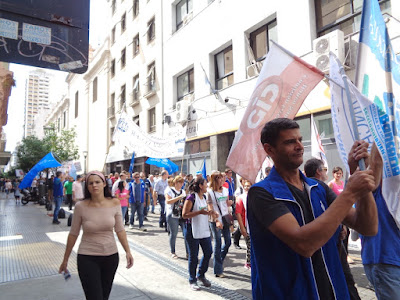 in Rome or Argentina, and all that.

We spent a night in Dolores, Argentina - isn't that a wonderful name for a city?  I 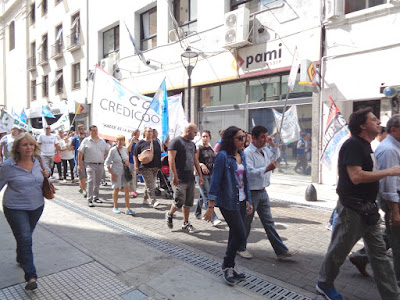 think it would be a great stage name for when I become a professional tango dancer. 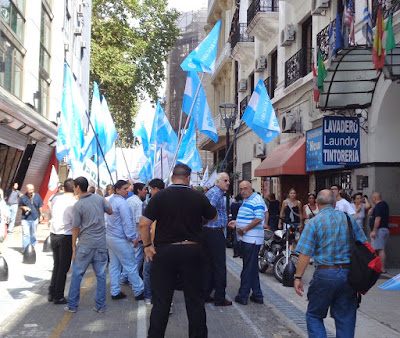 We spent a night near the airport, and turned in the car on time.  No one was at the rental agency office, so we put the keys in the drop box, along with the parking stub and a note 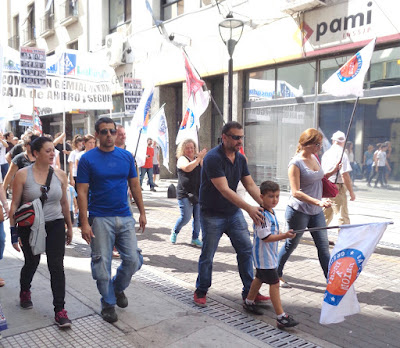 saying in which row to find the car.  Took a taxi back to our hotel.  Started unpacking, and Richard found that he still had the car registration papers in his 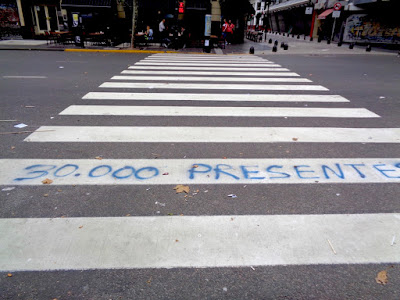 We found a phone number for the agency, and asked our hotel staff to call and assist us.  But there was no answer.  We 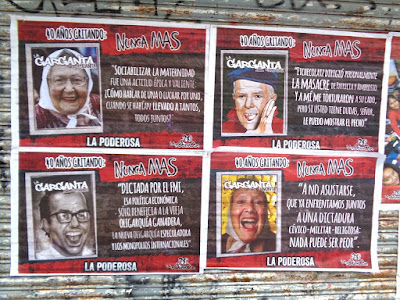 called the help center, but again, no answer.  So the staff suggested we go to the major bus and ferry terminal, not far from our hotel, where this 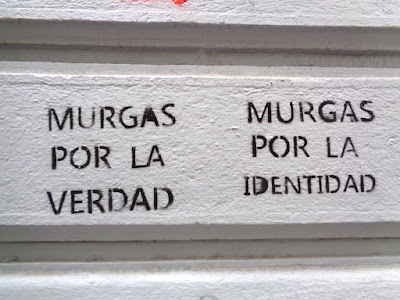 particular company has a full office.

It seemed like a reasonable way to handle the situation, and we couldn't just hold onto the 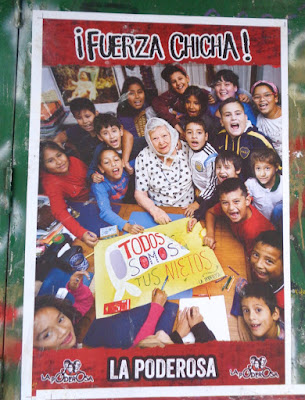 registration papers waiting for them to call us.  We took a taxi over, found the office, and explained the situation.  The young man didn't speak English very well, and eventually an older man came back from lunch and spoke with us.  His English was better, and once he understood 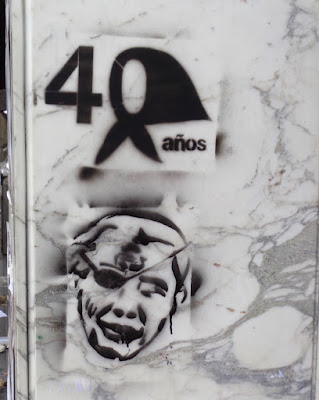 the problem he said fine, just give us the papers, and we'll get them to the office at the airport, no problem.

Then he asked us about the car, how did everything go.  So we described the problem with the stupid headlight not working, calling the company for help, being told the light was our 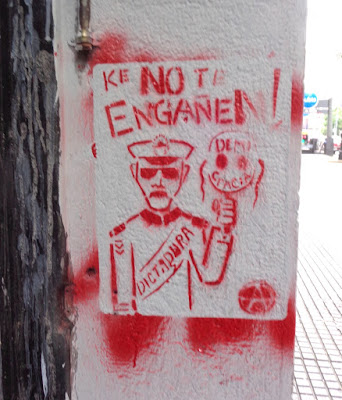 responsibility, and then being stopped by the police for no light.  That we then had a service station put in a bulb, and finding their wasn't even a bulb in there.  The older man went into his own pocket and reimbursed us for the bulb!  How nice can you get!?!  We also told them that they need to get the airport office to pay 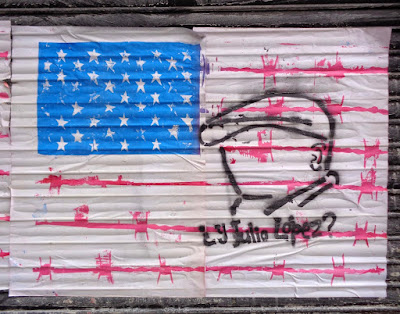 more attention to the cars.


President Obama and family were in the country for two days, and I'm sure people in the US have seen some of the 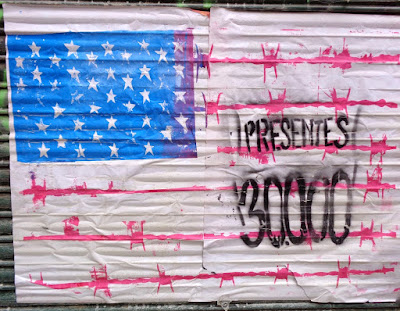 events.  A meeting with Argentinian President Macri at Casa Rosada, a talk with young entrepreneurs, the short tango dance, and a visit to a memorial to the 30,000 people who "disappeared" during the oppressive military regime following the 1976 coup d'etat.  Obama's visit overlapped with March 24, the 40 year anniversary of the coup, the date designated the Day of Remembrance for Truth and Justice.

So yesterday, 24 March, there was a huge march and demonstration and what people here call a "manifestation." There were still posters all over the streets, new graffiti on the walls, people marching with flags and tee shirts, in work groups and families and neighborhoods and with friends.

Of course, many Argentinians felt that the timing of the US president's visit was bad, that it was like a slap in the face of the Argentinian people.  The US didn't exactly back the military in the coup, but remained uninvolved as some 30,000 people simply disappeared.  There were mass executions, mass burials, and people are still unsure what happened to their missing family members.

That was the visual that was most disturbing to me, the endless blue banner showing photos of people who are missing and assumed dead, people who simply disappeared.  Even at seven photos across, that's over 4000 rows of photos.  Thirty thousand missing people.  Just, gone.

The blue banner was in the middle of Avenida de Mayo, which was closed to traffic as people marched to Plaza de Mayo, the park facing Casa Rosada.  And that blue banner stretched endlessly into the distance in both directions.  That's how many people were disappeared.

This is part of what President Obama spoke about during his visit, as he promised to declassify and release more US documents relating to this dark period of Argentinian history.  The date of his visit, coinciding with this anniversary, was most likely planned to represent an acceptance of US involvement (or rather deliberate non-involvement) in the situation, an acceptance of blame and fault.  While also building new and better relationships for both politics and trade.

One can only hope. 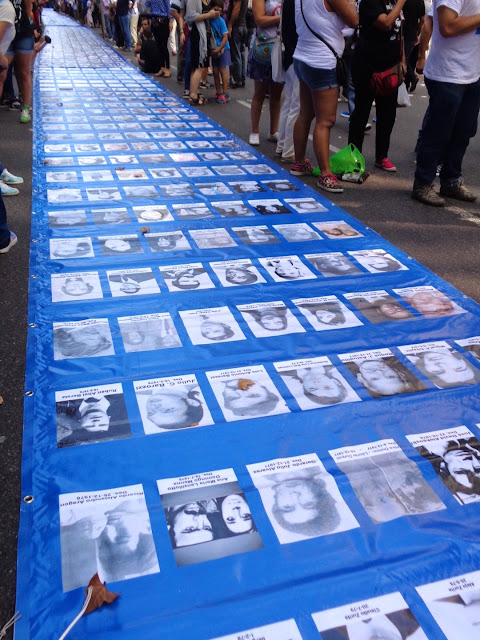 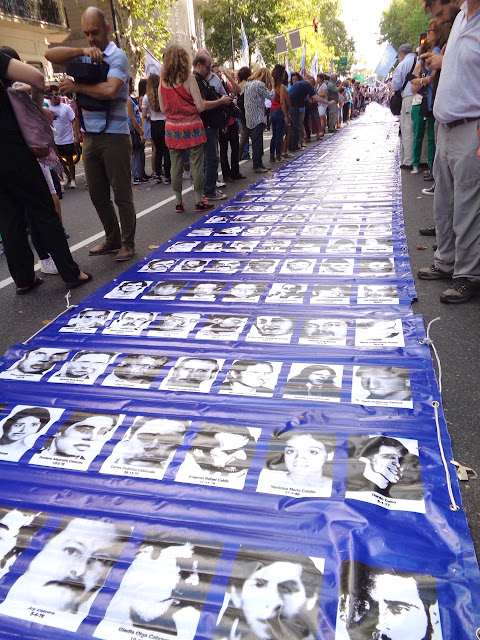 Posted by Phebe and Richard at 7:48 PM